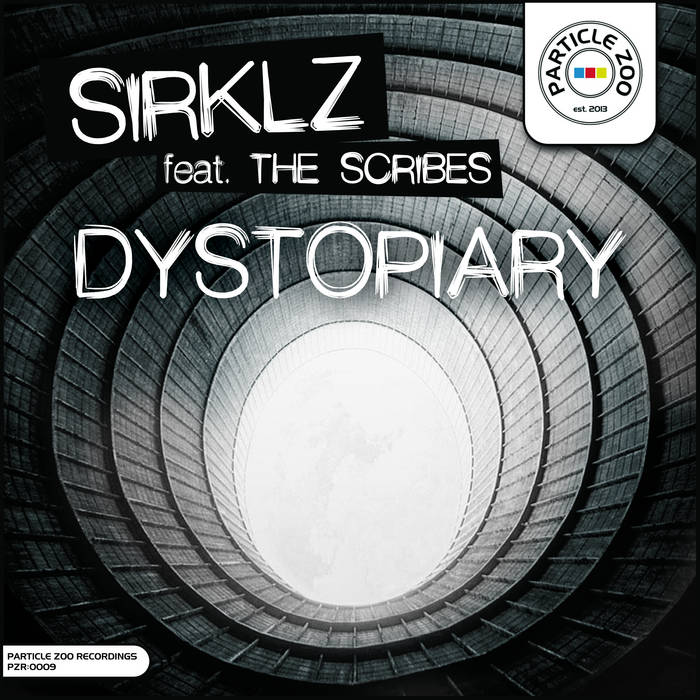 Sirklz - Dystopiary (feat. the Scribes) is a smouldering, malevolent compendium of songs loosely falling in the rap/hip-hop category, flecked with traces of Juke, Footwork, Electronica, Trap and Glitch.

The Scribes bring dystopian, end-of-days lyrical content and bristling passion to the table, giving Dystopiary a double-shot of venom to go with the bullish beats, driving instrumentation and humungous basslines.

3 singles have preceded the full EP launch, all available on the Particle Zoo Recordings Bandcamp page. The singles have exclusive remixes from the likes of Figure of Wax and Kreen, as well as a Sirklz remix of Brighton ska troupe The Meow Meows. particlezoorecordings.bandcamp.com

Sirklz, under his more established 'Ewan Hoozami' monicker, has performed all over Europe and on a recent BBC Introducing Live Lounge, released several EPs and albums on renowned labels, gaining recognition and airplay from the likes of Radio 6 Music, and had music featured on a range of TV shows and adverts. Traditionally known as a funk, disco and hip-hop specialist, Sirklz was created as a vessell for an altogether more upfront sound.