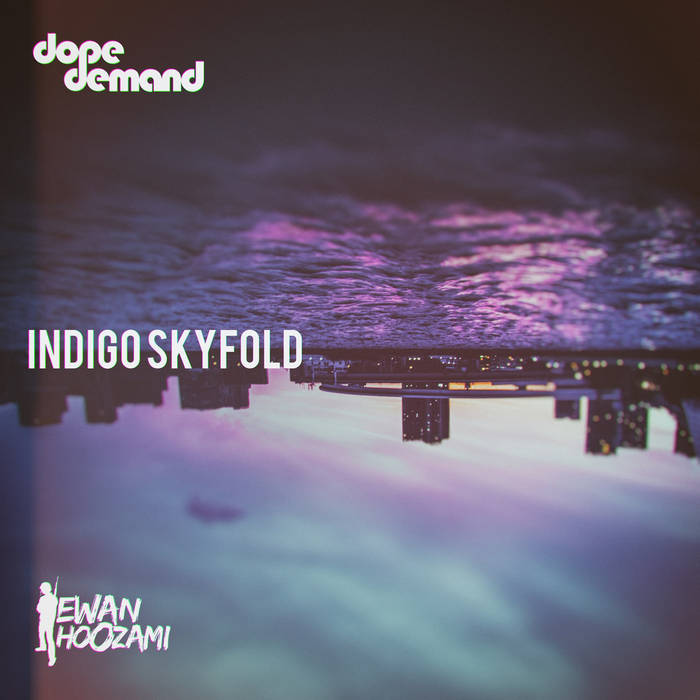 "With Dopedemand’s extensive experience in composing and producing, the easy going beats and vibe he’s created is right out of the top draw. The tracks ‘Hold It Like That’ and ‘Tuff’ are two massively blissful and balearic tracks that’ll have you dreaming of good times for ages! The other 4 tracks off the EP are where Ewan steps in and flexes his vocal skills, both in singing and rapping and giving a distinctly British feel to the sound" (Sid Wesley, Life Support Machine)

Sometimes the best things happen on the spur of the moment, and so it is with Dopedemand feat. Ewan Hoozami - Indigo Skyfold EP.

When Dopedemand (AKA Phil Nixon) was approached by Ewan Hoozami (AKA Adam Hignell) to commission some artwork for a new project, neither could have predicted they'd end up penning an entire EP together... or that it would come out sounding so fresh!  Evocative of Golden Era Hip-Hop, Balearic Electronica and Disco, the 6-track EP has an undeniably soulful sound, while Ewan Hoozami's raps give it a refreshingly unpretentious, mature, British flavour.

The EP's lead single, Ride On, reminisces over Ewan Hoozami's skateboarding past... Weed, friends, sunshine and skateboards feature prominently, with a few nods to legendary landmarks from his hometown of Bristol.   Across the EP, Dopedemand's unfussy production sounds a world away from the over-polished efforts of many contemporaries - as you'd expect from a self-confessed old-schooler - and the results are an accomplished body of work with the subtle class that comes from a veteran's touch.

Dopedemand is a veteran Composer, Remixer and Producer / Graphic Artist hailing from Sunderland. Releasing work on Indie labels. Phil also composes unique videogame Soundtracks and has been known do the occasional remix.
Ewan Hoozami is a DJ, Producer and Vocalist who has had work played on BBC Radio 6 Music and released 2 full-length albums and several EPs on leading labels.

The EP will be released on Tuesday 31st May 2016 via Bandcamp, on Particle Zoo Recordings.